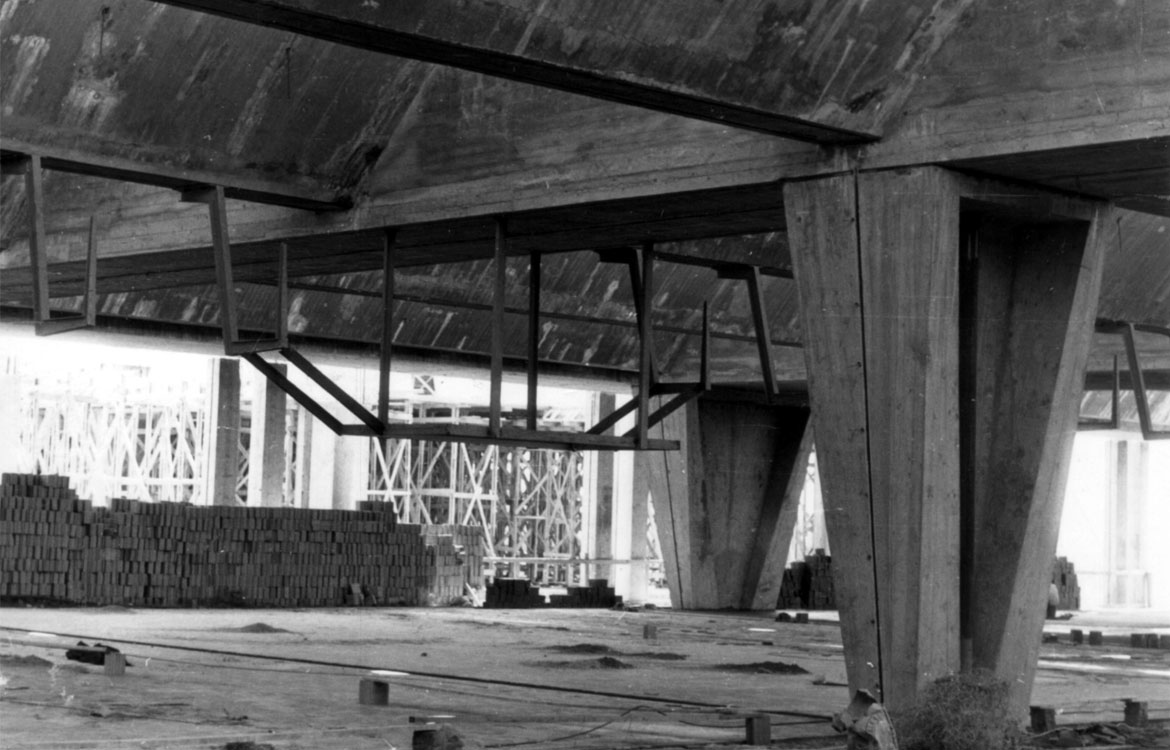 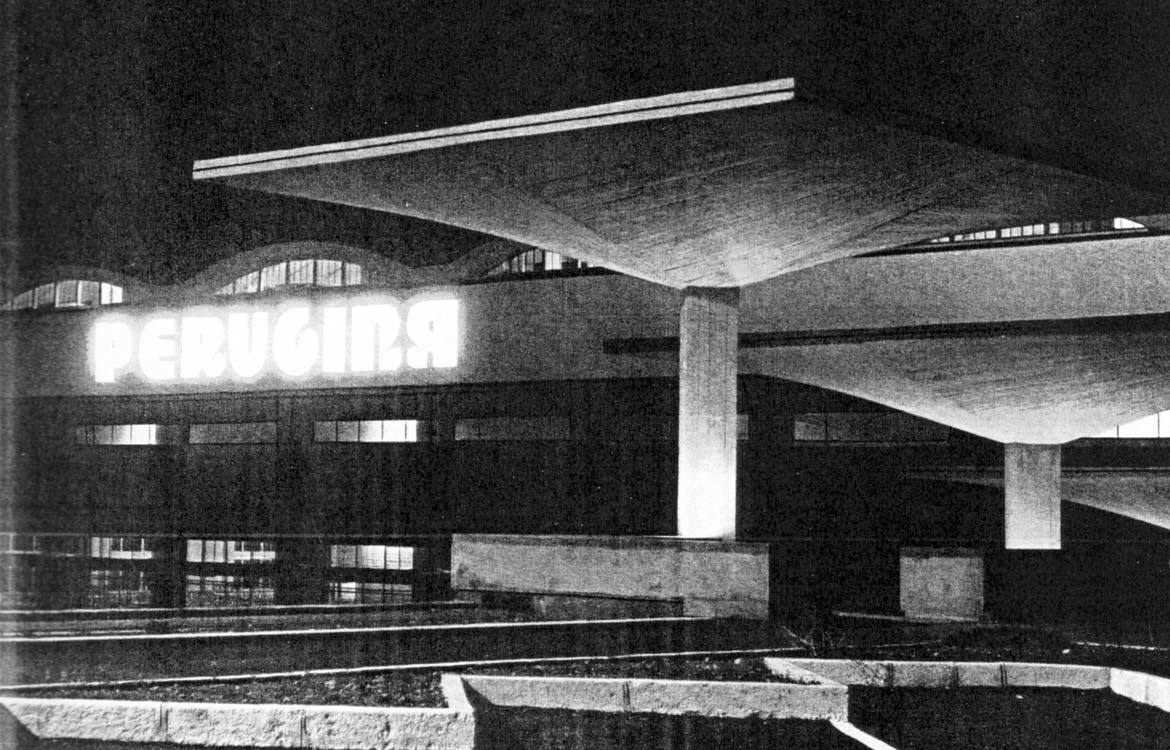 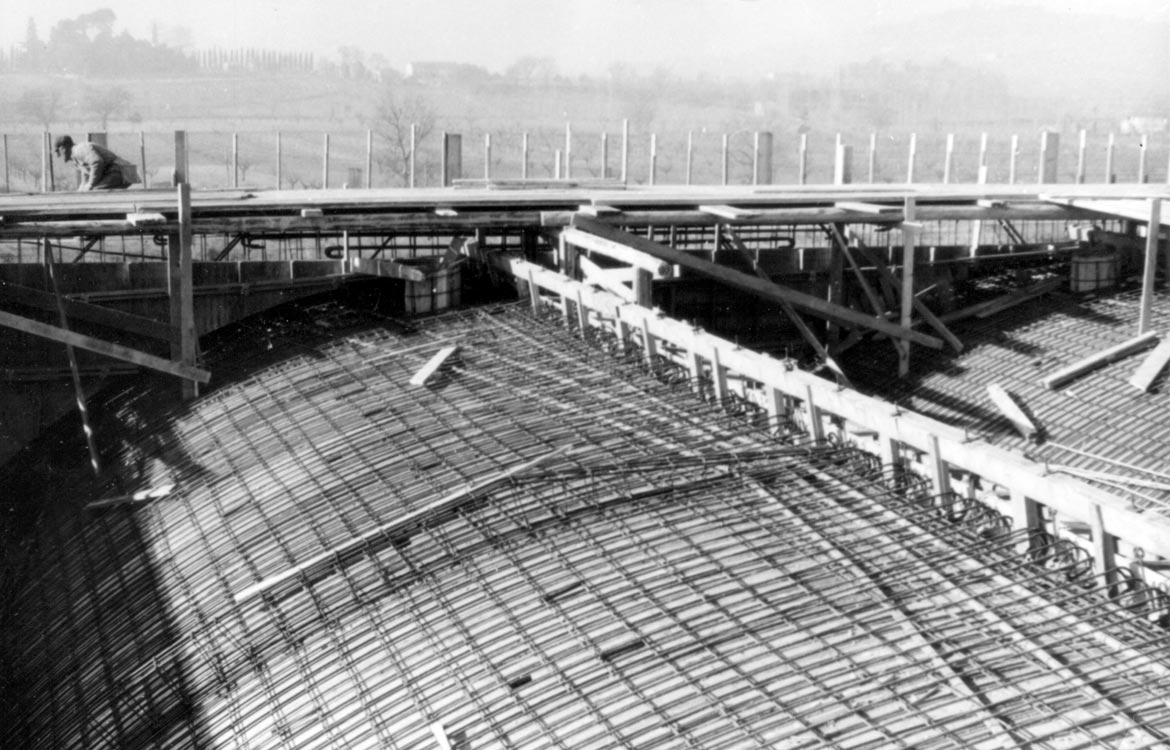 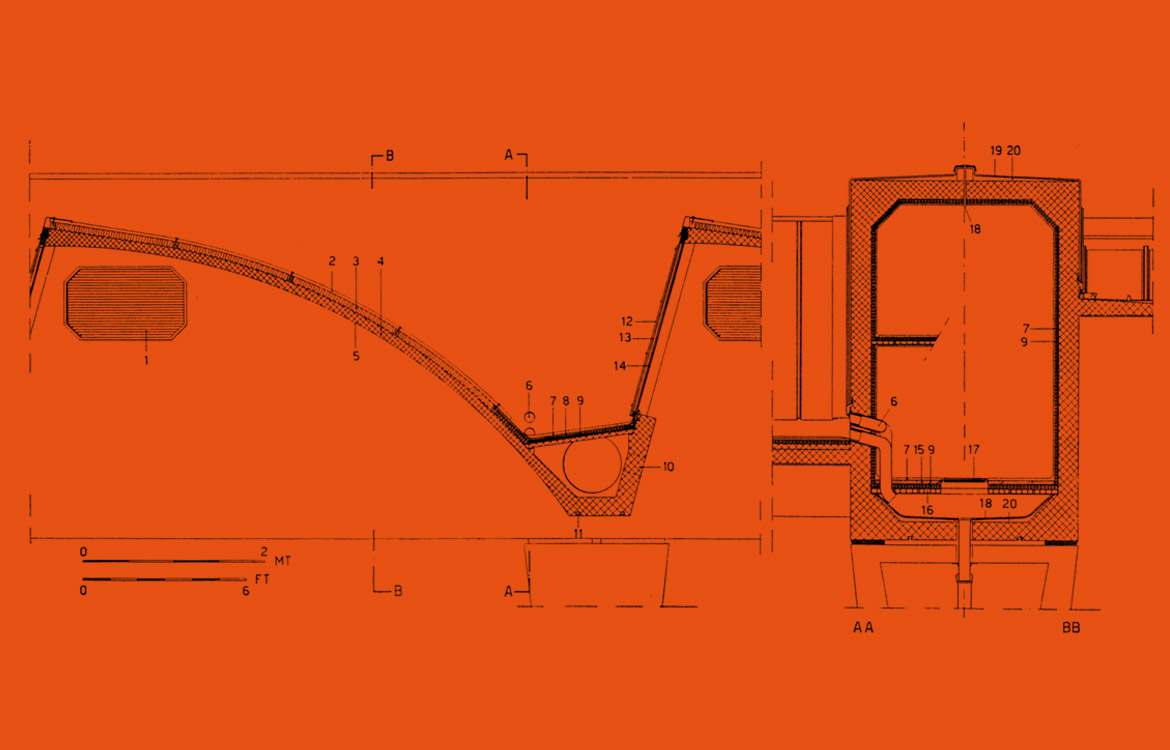 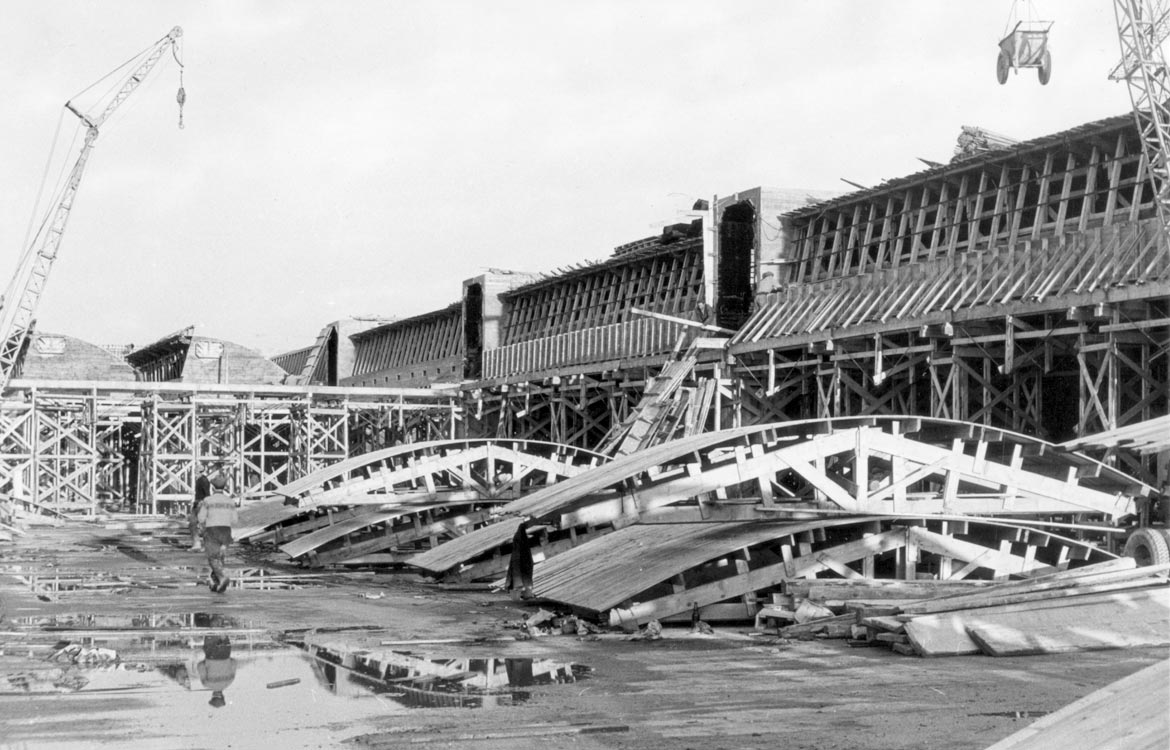 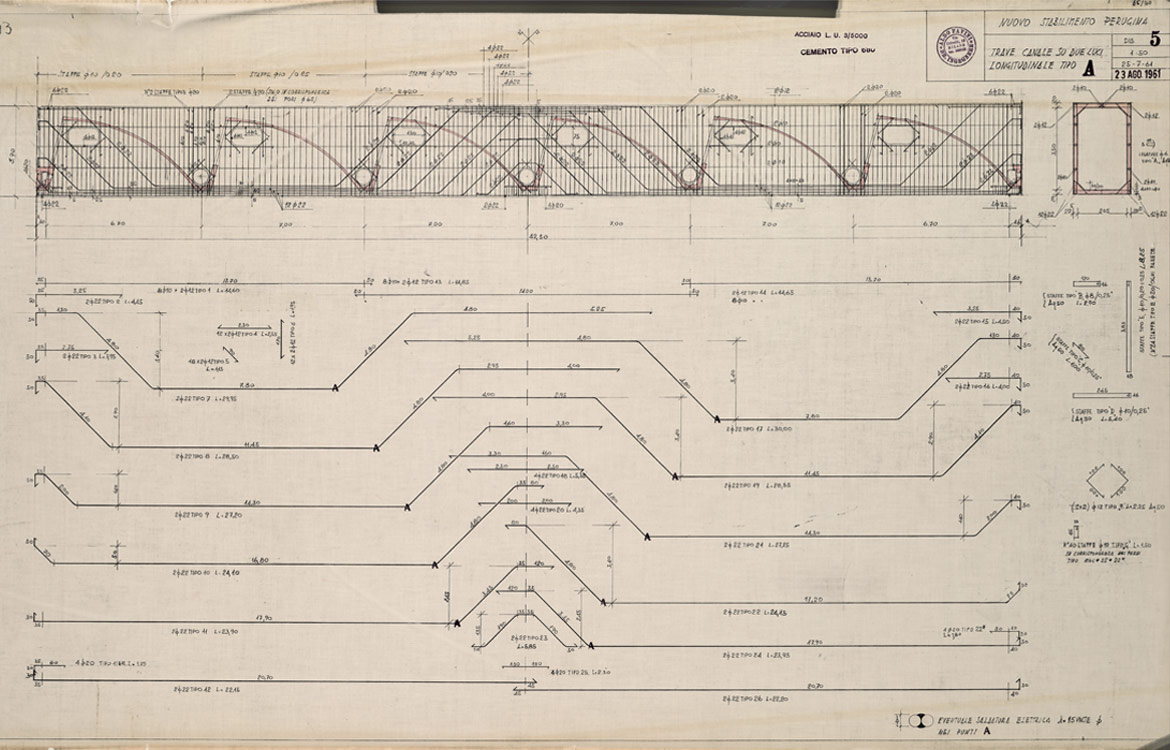 «…In the shed volume the vertical structural framework is marked by a series of pillars that widen as they rise, arranged at intervals of 20 meters in the side parallel to the facades, of 21.15 m in the other direction. These pillars support the channel beams arranged perpendicular to the three-story building, which contain the air conditioning system. These constitute the load-bearing member of the vaults and the novelty of this structure. The roof is formed by a succession of thin vaults in prestressed reinforced concrete, interlocked at the position of the channel beams, forming a hollow impost beam in the longitudinal direction and connected to each other by means of the precast posts of the glazings. The resulting sheds have a parabolic shape without ties, entirely made in reinforced concrete, completed on the intrados by sound-absorbing stucco, and on the outside by rock wool matting protected by a layer of tarred cardboard to form a vapor barrier. The roof surface is formed for the entire length by steel parts curved to match the shape of the vaults.»