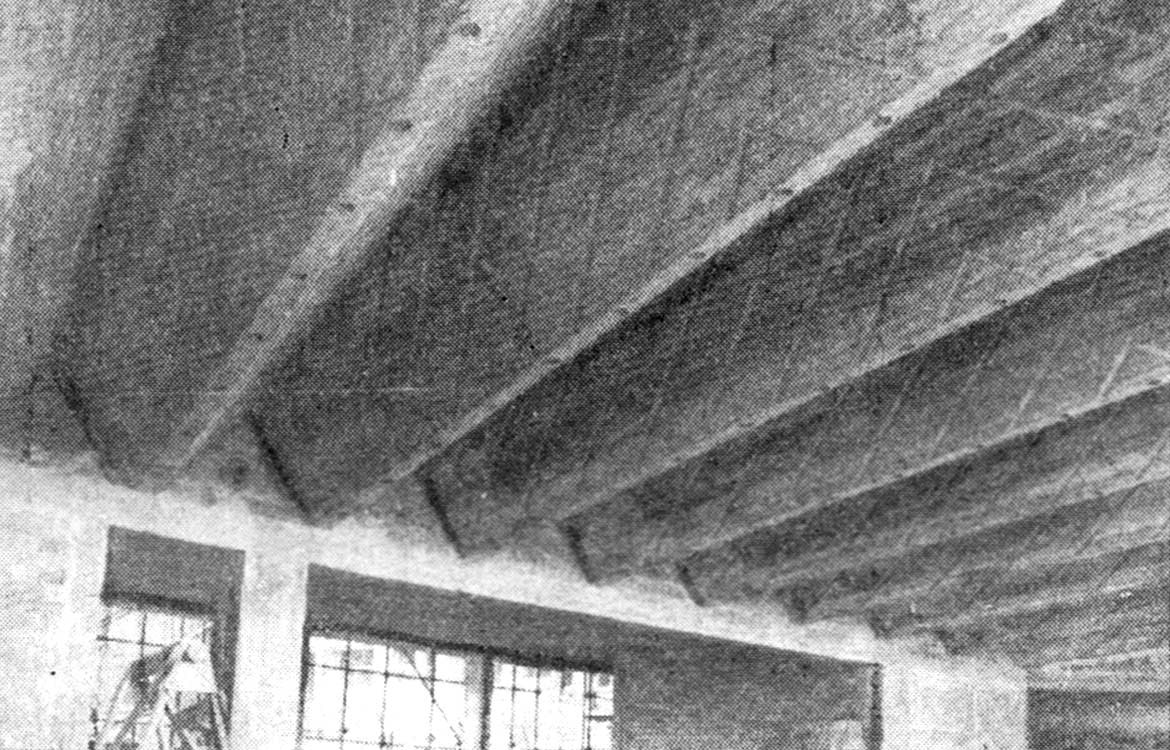 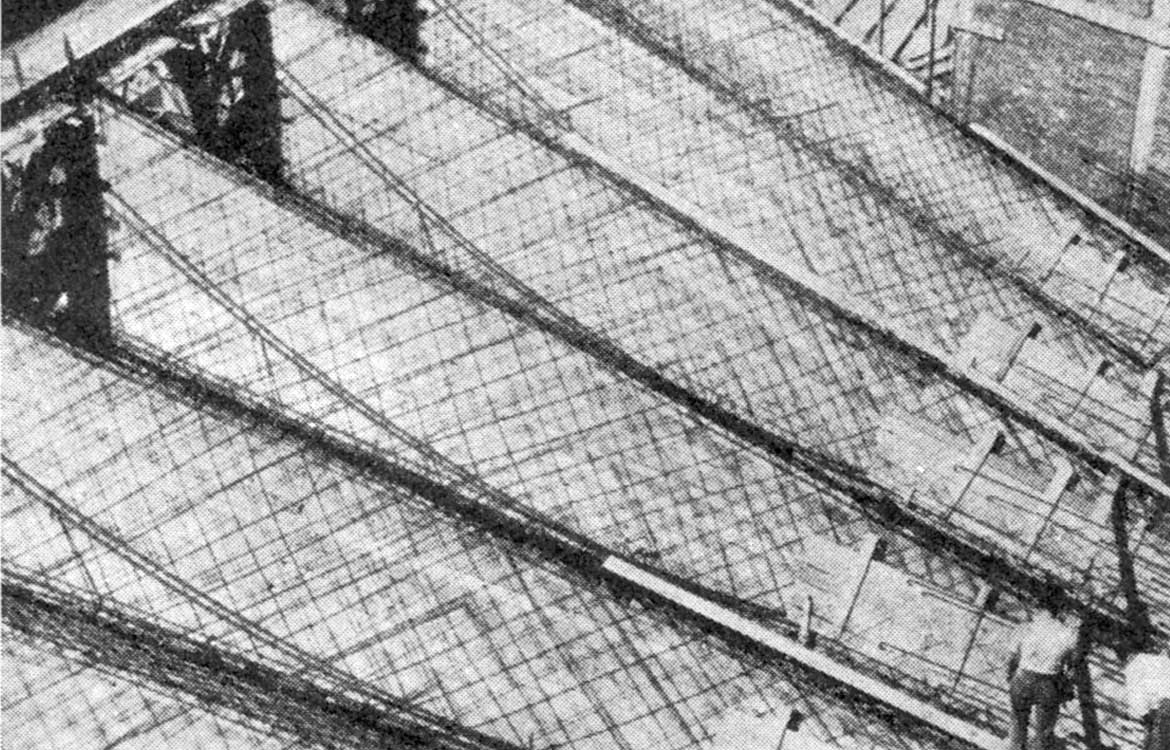 «…The first idea that put prestressing to use in such a structure came from the fact that the various triangular-section prisms placed side by side had different lengths: from 12.78 to 14.48 meters (therefore with different elastic limits) and interlock sections that were oblique to the axis of the prism itself. The first condition would lead to significant shear stresses in the generatrices of attachment of the individual prisms, that would be capable of making cracks in the roof along the generatrix of contact, while due to the second reason moments of torsion could be caused, with helical cracking. Calibrating the tensions in the cables in a suitable way, the elastic rise caused by the member’s own weight – the primary harmful effect due to overloading alone – was practically eliminated. The harmful effect caused by the oblique interlock section was also significantly reduced.
The tensioning of the cables lasted one week, and the spring steel employed was 2kg/m2 of vault measured in horizontal projection. The breaking load of the spring steel cable of Q 5 for prestressed reinforced concrete was 180 kg/mm2, while the regulation concrete blocks at 28 days of curing reached a cubic strength of 500 kg per square centimeter.»