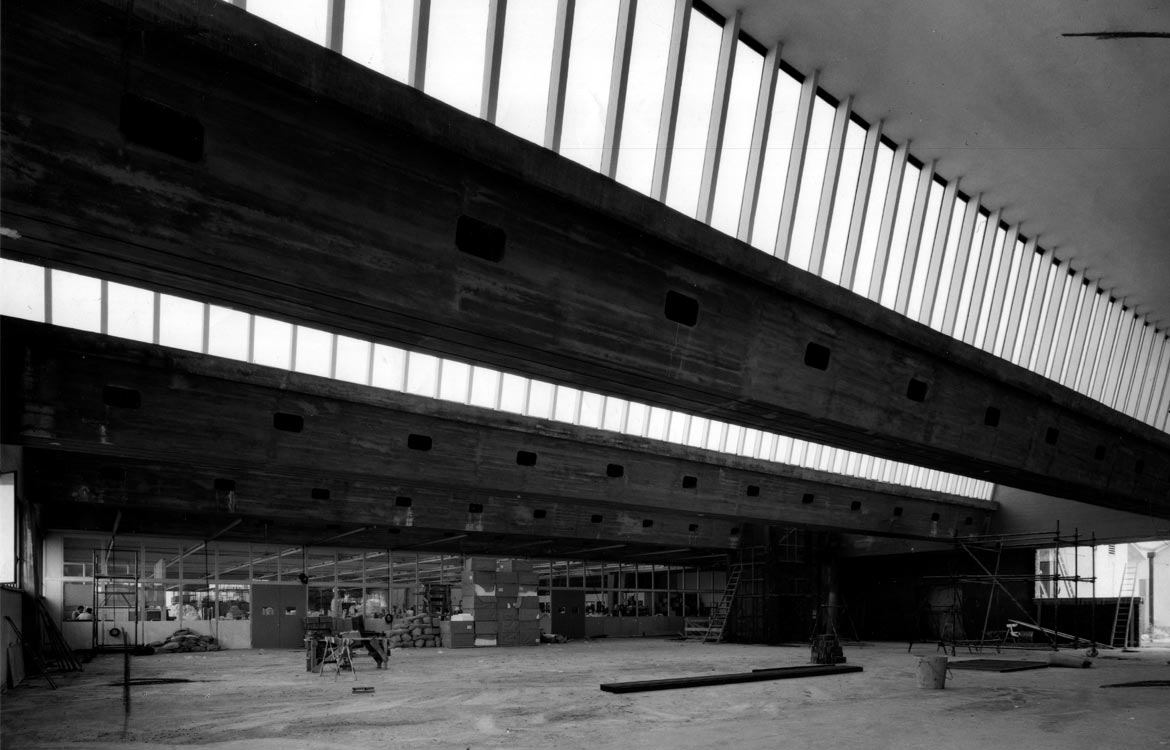 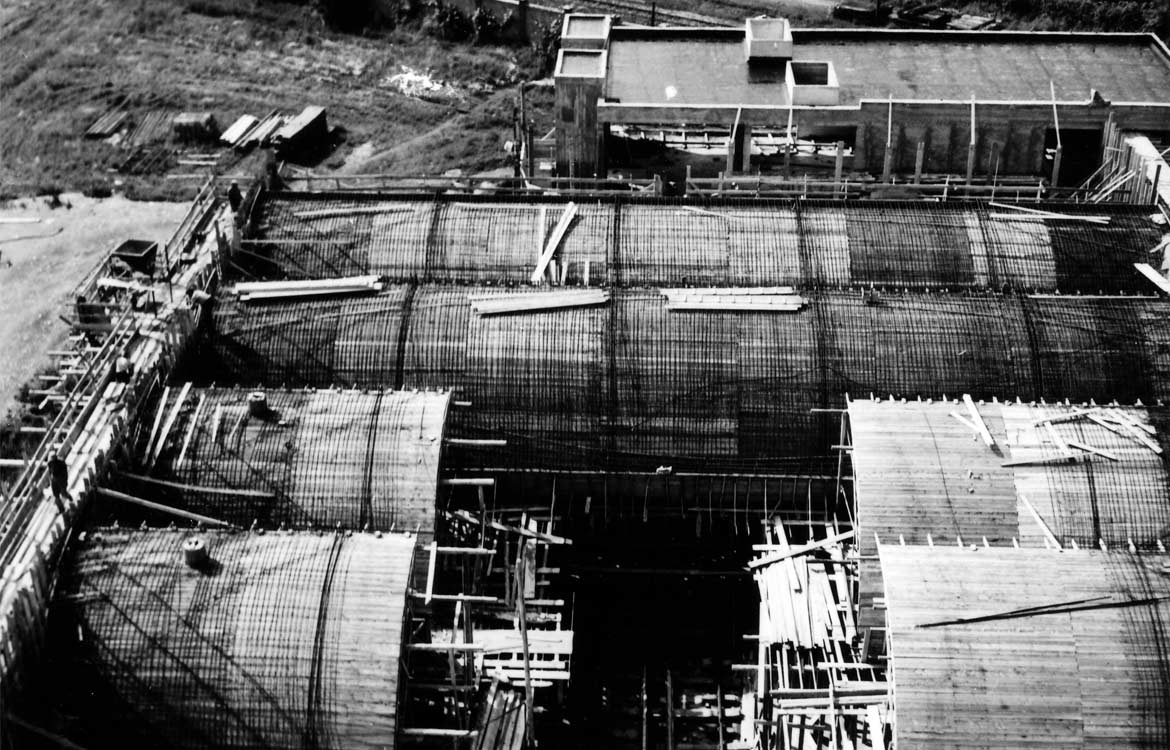 «…The structure […] is based on that of the FIMI factory at Rescaldina; here too, the roof is composed of self-supporting cylindrical precast shed vaults with larger spans (31 m), with intervals of 7.2 m, resting on perimeter deep beams with a C section, to form ventilation channels. In this case, however, the vaults were poured on site in wooden formwork.»