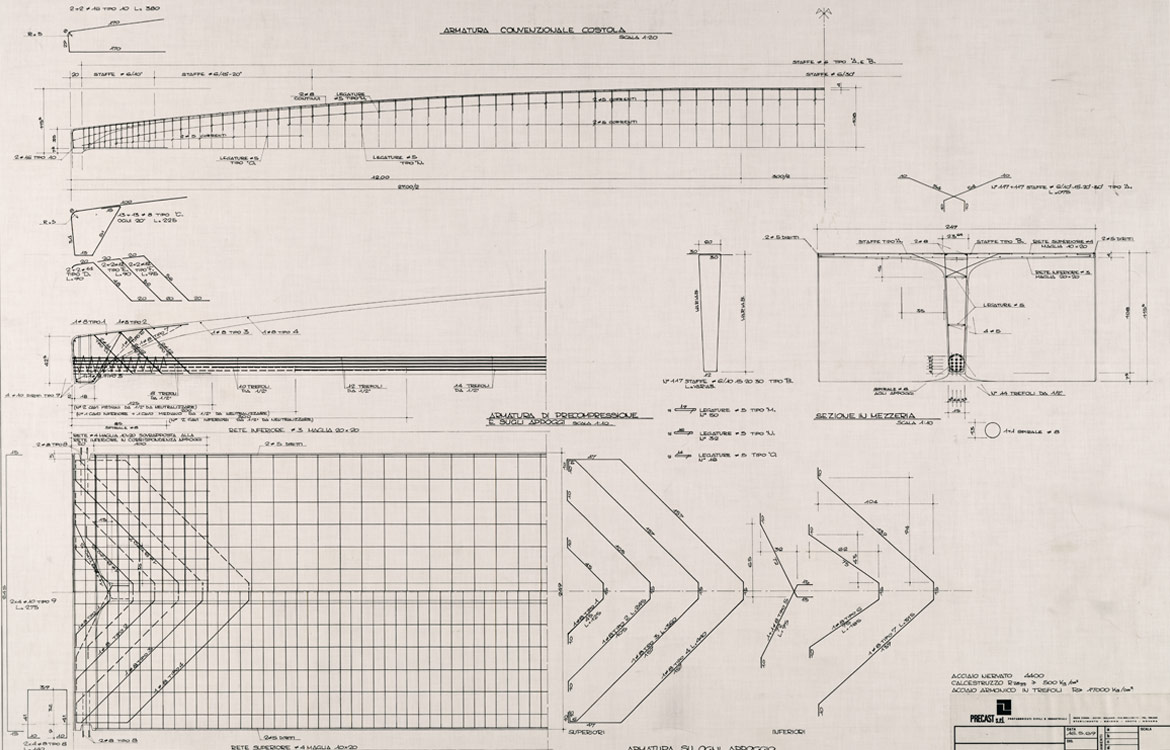 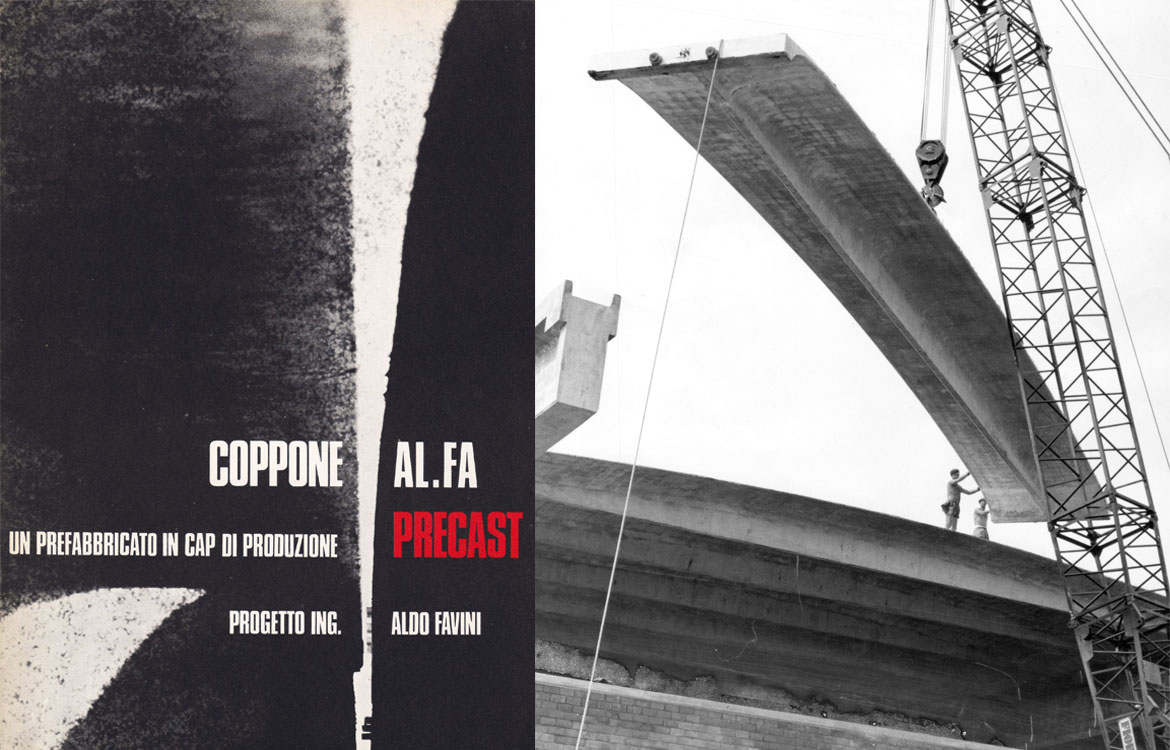 «…This roofing element in prefabricated and prestressed reinforced concrete … is a thin vault piece with ribbing for stiffening, with a span of 17.5 m and a width of 2.5 m: a part that combines the advantages of a thin vault with those of a ribbed T-shaped roofing piece of the American Lin, lending itself to innumerable applications – as is required of a prefabricated structure for mass production – and taking on a form with a well-defined physiognomy. A form that is agile, fluid and contained at the same time, of great lightness and purity of line, in which it is easy to perceive the balanced distribution of the strains, without leaps or interruptions, and in which one can glimpse a similarity to the static conception that permitted Maillart to achieve a perfect agreement between economy of material, constructive forces and the beauty of the form in his famous bridges, relying on a slender arched lower slab to absorb the stresses transmitted from the symmetrical vertical loads and to the upper beams, which were not symmetrical. This new roofing part belongs to a series, already programmed, that can reach a span of thirty meters with minimum thicknesses of the flanges of four centimeters and of the rib of twelve centimeters, achievable only after lengthy experimentation on the technological possibilities of prefabricated and prestressed reinforced concrete.»